Save 10% with URNS10 PLUS Always Free Shipping

Stardust Cares Featured Non-profit: World Central Kitchen
World Central Kitchen is first to the frontlines, providing meals in response to humanitarian, climate, and community crises. They build resilient food systems with locally led solutions.
Hours after Ukrainian forces liberated the towns of Bucha and Irpin outside Kyiv, the World Central Kitchen team was able to reach residents who had been trapped for a month. They brought hundreds of hot meals and 6,000 kilos of food for families to cook.
The War in Ukraine is extremely close to the heart of Stardust Memorials because our Director of Marketing recently lived in Kyiv and has many friends and connection directly impacted by the war. 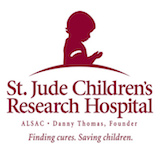 Founded by Danny Thomas in 1962 and located in Memphis, Tennessee, St. Jude Children's Research Hospital is a pediatric treatment research hospital that specializes in researching, treating, and ultimately overcoming children's catastrophic diseases. No child is denied treatment due to race, religion or a family's ability to pay for services.

St. Jude has had an extraordinary impact on the lives of young people through pioneering research on the most destructive forms of cancer. As an example, research at St. Jude has raised the survival rate for acute lymphoblastic leukemia, which is the most common form of childhood cancer, from 4% in 1962 to 94% today. Treatment has been provided to children from over 70 countries and all 50 states, resulting in tens of thousands of lives saved. Physicians from around the world consult with doctors at St. Jude on the most difficult cases that they encounter.

The National Breast Cancer Foundation (NBCF) was founded in 1991 with the mission of extending the lives of women by providing valuable information about and education regarding breast cancer and the importance of early detection. Women and families impacted by breast cancer can find hope and support in joining in a community of care and encouragement enabling those who have been diagnosed with the disease to continue to lead fulfilling and meaningful lives during their treatment and then afterward. One major benefit of the organization is that it provides access to free and low-cost mammograms to women with more limited financial resources, continuing education to everyone, and access to various online community support programs. 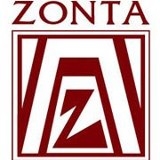 The Zonta Club of Traverse City is a chapter of Zonta International. Zonta is a local and international organization of professionals empowering women worldwide through service and advocacy. They envision a world in which women's rights are recognized as human rights and every woman is able to achieve her full potential. It is their goal that every woman is literate, has access to education, health care, legal and economic resources, and that no woman lives in fear of violence. 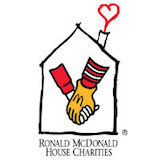 As a direct result of their fundraising efforts, Ronald McDonald's Houses provide over 7,200 bedrooms every night to families whose children are receiving critical hospital care. Every year these free visits offset over $257 million dollars of hotel costs that families would otherwise have to pay out of their own pockets. 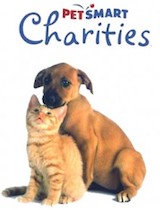 PetSmart Charities was formed in 1994 by Jim and Janice Dougherty, founders of PetSmart. The goal of the organization is to save the lives of homeless pets though adoption and through the promotion of spay/neuter programs. PetSmart Charities is the largest financial supporter of animal welfare programming in the United States and received a four-star rating from Charity Navigator. 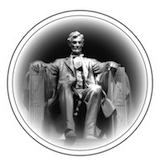 The Better Angels Society was formed with the mission of supporting the production of high-quality historical documentaries that focus on key figures and events in American history. The organization is particularly focused on supporting the work of the American documentarian Ken Burns whose films include the award-winning series The Civil War (1990), Lewis & Clark: The Journey of the Corps of Discovery (1997), The National Parks (2011), and The Dust Bowl (2012).

The organization's name comes from the closing remark of the first inaugural address given by Abraham Lincoln, in 1861, in reference to our national unity: "We are not enemies, but friends. We must not be enemies. Through passion may have strained it must not break our bonds of affection. The mystic chords of memory, stretching from every battlefield and patriot grave to every living heart and hearthstone all over this broad land, will yet swell the chorus of the Union, when again touched, as surely they will be, by the better angels of our nature."

The work of the Grand Traverse Regional Land Conservancy is focused on the stewardship and preservation of the landscape of Northwest Lower Michigan for future generations. The Conservancy owns and maintains preserves and trails that are available for public use and appreciation, and assists regional landowners who are interested in preserving the rural character of their land for years to come.

The Cherryland Humane Society is an award-winning animal shelter that provides pet adoption, sheltering services, education about pet care, and advocacy for animal welfare in our region. The mission of our society is to "rescue the lost, finding homes for the homeless, and providing hope for the hopeless."The Cherryland Humane Society depends on the charitable support of the region's residents and companies for their continued success in achieving their goals.